2017 marks the 87th year of the University Boxing Championships – the Bengal Bouts – at Notre Dame. Around 200 young gentlemen who make up our boxing club will face off with their teammates and friends at the Joyce Center for a piece of Bengal Bout History. Boxers go through weeks of intensive training and conditioning. At the end, approximately twelve of these well disciplined competitors will leave the ring victorious, yet every boxer who laces up his gloves will leave the ring a champion.

Legendary football coach Knute Rockne first organized boxing at Notre Dame in 1920. Yet it is the purpose of raising funds for the Holy Cross Missions in Bangladesh that truly gave the Bengal Bouts its identity in 1931. Coach Dominic “Nappy” Napolitano ’32 ’33 solidified this identity of service combined with sportsmanship and safety as Director and Coach of the Bengal Bouts for over 50 years. His words, “Strong bodies fight, that weak bodies may be nourished” became the motto of the Bouts.

In 1955, Sports Illustrated columnist Bud Schulberg remarked the Bengal Bouts under the direction of Nappy “established the ideal atmosphere of sportsmanship, safety and lack of any commercial taint…”

Schulberg noted that if you attend the Bengal Bouts “you’ll see boys battling harder for the University championships than some heavyweights have fought for the championship of the world. You will see contestants beautifully conditioned and boxing under rules of safety precaution that have precluded any serious injury…Here are boys who will fight their hearts out in the five-day tournament for pride and the pure sport of it…”

Commenting on the tradition of safety, Schulburg quoted Nappy: “This is a contest, like any other sport…In a sense, it is the purest contest we have. When it ceases to be that, stop it [the bout]. Don’t let the boy get hurt.”

Schulburg concluded: “Out at Notre Dame this stocky, paternal little fellow Nappy, the genial coach and directory for the bouts; the handball champ, philosophical Father Tom Brennan; the campus Knights of Columbus chapter which sponsors the bouts; and the boys who keep punching from bell to bell can show you what boxing can be like at its honest best.”

The tradition of sportsmanship, safety and competitive spirit in amateur sport lives on in today’s Bengal Bouts. 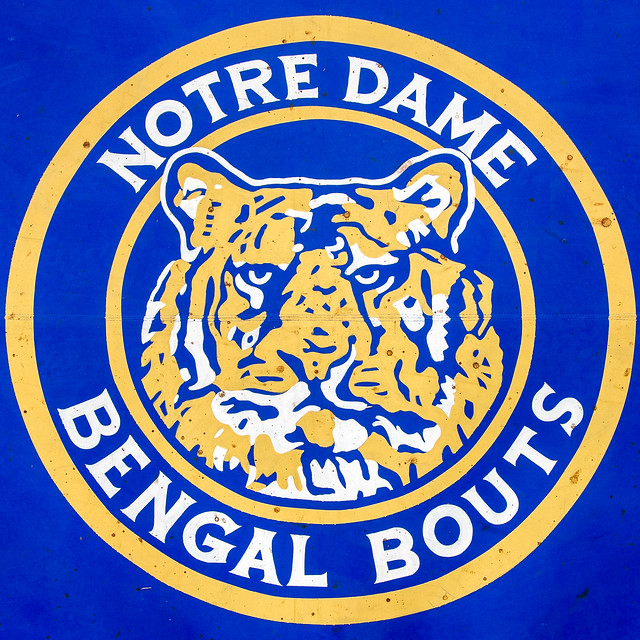